What Happens if You Refuse a DUI Chemical Test?

This is probably the biggest mistake some people make as it relates to their DUI case because if you refuse to take the chemical test, then the law is set up that it will be presumed that you are guilty of a DUI and the only way to prevent a conviction, under those circumstances, is to be able to rebut that presumption.

Meaning, you'll have to bring some evidence to bear that shows that you were not driving under the influence of alcohol when the police came in contact with you. This is a strict standard because you would have had to have tested yourself or gotten your blood or breath yourself to prove that you are innocent.

Most people cannot do this, and as you probably know, the law is not set up that way.  Typically, the prosecutors or police have to prove that you're guilty of a DUI.  They're the ones that have the responsibility to provide the evidence.

But, once you refuse to take that test, the reverse is accurate, and you put yourself in a terrible position. The reason and policy behind that are that if they didn't have it set up that way, everybody would refuse to take the test.  They would never catch anybody for a DUI. 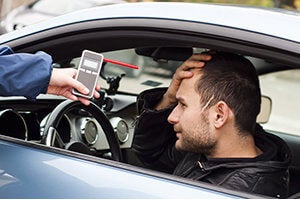 Part of this is the implied consent law in California has to do with when you get your driver's license; you agree that if the police pull you over or come in contact with you on the road.

Then, if they believe in their subjective mind that you might be driving under the influence of alcohol or drugs or a combination of both, they can ask you to perform field sobriety tests.

And the biggest thing that triggers the refusal is if you refuse to give a blood or a breath sample.

That's just part of driving.  Driving is not a right.  It is a privilege in California because you're using California's roadways so that they can put specific requirements and restrictions on you as a driver in this state.

Part of that means that if the police ask you to take a blood or breath test, then you have to cooperate with them and if you don't, not only are you going to get a DUI refusal which prosecutors consider more severe than just a regular standard first-time DUI, you're also going to be dealt with by the Department of Motor Vehicles in that you will lose your driver's license for one year with no restriction.

This is probably the harshest penalty as DUI refusals go because you need your car if you're living in Los Angeles and California.  You need to drive.  But, with this DUI refusal, you will be ordered not to go by the court and by the DMV.

If you disobey this order and get caught driving, you will be arrested, and you will get a new charge for driving on a suspended license related to a DUI, which has mandatory jail attached to it.

So, as you can see, these DUI refusals are very serious.  The courts, prosecutors, and police enforce them very harshly. Your best bet is not to refuse and cooperate with law enforcement if they ask you to take a blood or a breath test because you put yourself in such a difficult position if you don't cooperate that it's simply not worth any potential benefit you might get.

Most people say I refused because I had a lot to drink, and I knew they would be able to prove that I was driving under the influence, so therefore, I didn't want to give a blood or breath sample.

But, even in that circumstance, in most cases, all you'll do is lose your license for a whole thirty days. Then you'll be able to get your consent back on a limited basis for six months to drive to and from work during the course and scope of your career and to and from any alcohol program and to and from school if you're a student.

You'll have to put what's called the ignition interlock device on your car and obey all other DMV rules and regulations, but this is much better than losing your driver's license for a year with no restrictions.

So, if you've got a DUI refusal, you'll want to get an attorney to look at everything and evaluate it and see if the prosecutors did everything they were supposed to relate to your refusal.

They have to let you know that if you refuse to take the test, you're going to lose your driver's license for one year, and then they have to fill out a form under penalty of perjury indicating that you were informed of this. This shows your response to them asking you to take the blood or breath test, and this will all be written out in the paperwork received by your attorney in defense of your DUI case.