What if a Death Occurs While Driving Under the Influence?

Suppose someone's driving under the influence of alcohol or prescription medication or a combination of both or marijuana, any narcotic or substance that impacts your ability to operate a motor vehicle safely, and you kill somebody. It looks like it's your fault. In that case, you're looking at potentially being charged with murder. 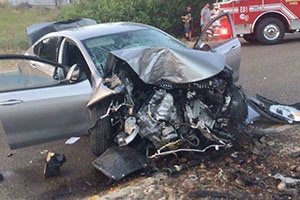 If you get caught drinking and driving, and you kill somebody, I can almost guarantee you, especially in Los Angeles County, prosecutors will charge murder, which will give them a huge bargaining chip.

Sometimes they use it as a bargaining chip, and they say, okay, we'll let your client have gross vehicular manslaughter for ten years or some other charge.  If you don't take it and lose, you'll get fifteen to life.  Good luck.

You have to come up with a defense that makes sense under the circumstances of your case, and I can tell you right now, there are very few attorneys (1) that have the know-how actually to challenge prosecutors in these murder DUI cases; and (2) and most important, even if they have the know-how, you've got to be able to execute the plan.

You've got to be able to fight them tooth and nail.  Cross-examine their witnesses in these DUI cases.  Hack their evidence.  Show a defense.  If you can't do that, then the client is going to go down in a ball of flames.”

I'm even seeing them prosecute cases where there's no alcohol or drugs, but the person was driving in a grossly negligent/wanton dangerous manner.

I didn't care about human life; I went over 100 miles an hour in a residential neighborhood. For example, that person killed somebody, and they'll charge them with murder for that as well.

The law is wide open in this area.  They don't want people taking other people's lives in their hands, driving around crazy, running people over, getting in accidents, drinking and driving, using drugs, and driving.  They're going to punish those people, and I don't think people realize how severe these punishments are being doled out in a DUI case.

So, if you've got one of these cases or you're loved on has one of these cases, you'd better pick up the phone quick.  Call an attorney like me with over twenty-five years of experience who has the know-how and how to fight and has the background, the skills, and the ability to defend their client to the end.