What If I Have a Warrant for DUI in Los Angeles?

I've been handling warrants in Los Angeles for clients charged with DUIs now for twenty-five years.  Really what we need to do is have you get into the courthouse, meet me there, and then we will sit down and go over everything.

Often, I like to meet in my office beforehand so we know exactly how to handle it.  I have all of the information related to the case — why the warrant was issued — then we can figure out what we need to do to take care of the warrant.

By appearing in court and having the clerk send the case in the courtroom, the judge will automatically quash the warrant, which means they will get rid of it, so you'll no longer have a warrant in the system just by showing up to court with your attorney.

The next question will be, now that the warrant has been taken care of, how will the case be resolved.  This depended on the posture of the case when the warrant was issued.  In other words, why was the warrant issued? 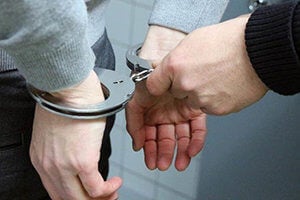 Believe it or not, many people somehow think their obligation to do the alcohol program goes away because they didn't show up for court, ignored the court, and basically did what they wanted.

If you think about it and use your common sense, this makes no sense whatsoever.  You'll at least have to do and finish the three-month program that you were ordered to do. Otherwise, the judge will give you a lot of jail time to settle that up.

But, you're going to want to do the program anyway because if you don't do the three-month alcohol program, you'll never be able to get your driver's license back and drive in California lawfully.

The DMV and the courts operate hand-in-hand when it comes to these warrants, and a lot of times, when the DMV finds out about the warrant, they're going to put a hold on your driver's license. Then you're not going to be able to drive because your license will be invalid lawfully.

Often, people get so upset, frustrated, and scared when it comes to these warrants that they don't do anything to take care of them.  They just bury their head in the sand and hope for the best.  That's not the best strategy.

Just showing up with an attorney and explaining to the judge why you were not in court when you were supposed to be, what happened, what your life circumstances were at the time, and also where you are now putting you in a much more powerful situation when it comes to these warrants because the judge realizes, alright they're here now to take care of it.

They've got a DUI lawyer.  They had to pay some money for a lawyer, and they had to be brave enough to face the music and come in and deal with the court.

So, I think a lot of times, that in and of itself puts you in a better position than if they would have just caught you, because then the judges say, well if we hadn't seen you, you would've just never come into court. You would have just ignored it forever.  Now that we've caught you, you're going to face the music.

Showing Up In Court With a Lawyer Is An Advantage

We won't have to worry about it anymore.  It will be one more minor case on the criminal court's calendar, and we're not going to have any more problems with you related to your criminal matter.

So, handling these DUIs is a lot easier than you think, primarily if they're dealt with the right way.  It will be a huge relief for you to get this off your back and not have to worry about it anymore.  Move on with your life.  Have your driver's license lawfully and rid yourself of the criminal system. So, could you pick up the phone now and contact us? We stand ready to help you get this DUI case off your record and out of your life.