What Kind of a DUI Lawyer Should I Hire?

That's why I try to put on my websites which courts I serve as a vast county. There are a lot of DUIs.  But the main courts that are getting most of the cases are where most people are.

For example, downtown Los Angeles, Hollywood, all of the areas where clubs and bars are going to be dealt with in Metro Court, 1945 Hill Street.  There's a vast building there with many floors.  Department 60 there handles the arraignments for the DUI cases.  I've been practicing DUI law there for 25 years and know the system very well.

In the San Fernando Valley, the central part of the Valley is controlled by Van Nuys court.  The San Fernando court owns the north part of the valley.  Of course, LAX, the Airport Court, handles the west side and that area near Santa Monica.  So, there's a whole bunch of different courthouses in Los Angeles.

When you hire your attorney, you want to make sure that somebody understands the whole complexion of not only DUIs in California, which are very tough.  I think California is one of the strictest DUI states, but it also stands the face of DUI cases in the court where your case is pending and in Los Angeles. 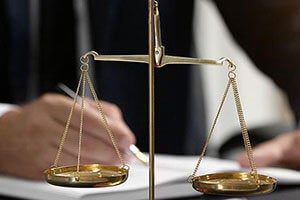 Because they're going to know how to handle it, they're going to be familiar with the prosecutors, the judges, know who to go to, know who to say, obviously know which type of cases they need to take to trial. Also, who knows which issues where motions might be effective in chopping the case down and know which topics, where they've got the evidence against the client, and some resolution needs to be worked out.

So, I feel that I sit in a strong position, especially in the Los Angeles community, to know how DUIs are handled and what type of lawyer you want to hire.  I think the last thing I would say on this topic is that, when you choose your lawyer, you should probably try to meet face to face with that lawyer or at least get a feel for who that lawyer is and what they have to say.

DUI Attorney with a Record of Successful Cases

That's one big reason I put videos on my website: I want people to see who I am, what I have to say, how I represent myself and my clients.  Because if you think about it, that's precisely what the judges and prosecutors will be relying on. They're going to be relying on your attorney, what your attorney has to say, how they present themselves, how well they argue your case, your position, your rights, and any defenses you might have.

Whereas, just like in any profession, there are bad attorneys.  Some lazy attorneys don't do their work; they don't present well in court.  They don't speak at a high level to the prosecutors and judge, which will reflect on your case and your result. So, go sit down with that attorney if you can, or at least get a feel from a video for what that attorney is all about. If you feel good about him, that's probably your best gauge of which attorney to pick to handle your DUI case in Los Angeles, California.