What Role Does Your DUI Breath Level Play in Criminal Prosecution?

Understanding The Role Your DUI Breath Level Will Have On A Criminal Prosecution in Los Angeles. When it comes to how high your blood alcohol level is — either by way of breath or blood — it's probably the most critical factor related to a DUI case.  This is because the higher your blood alcohol level, the more dangerous the prosecutors perceive you are on the road, the higher they are to charge you, and the more of a punishment they will likely want when it comes to your case. 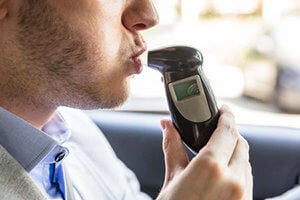 That punishment can come in the form of longer alcohol courses, jail time, Cal Tran, hospital and more programs, and more extended probation — there's a whole host of things that the prosecutors have when it comes to a DUI case.

Breathalyzer Machines Are Not 100% Accurate

Even the prosecutor's expert witnesses would have to admit that the machine used at most police stations in Los Angeles County is not 100% accurate. There's typically an error rate of .02.  So, if you blew a .08, you could've been a .06, and you can call an expert to testify to that, and you can even get confirmation on that through the prosecutor's expert in a DUI prosecution.

So, the primary most important factor relates to how high your blood alcohol level was.  The closer you are to the .08, the better position you will be in to either try to fight your case or mitigate it down to something less than a full-fledged DUI.  The best person to evaluate what changes you have in a DUI case is your DUI defense attorney.

Developing a Defense Strategy For Your DUI Case

When I have someone come into my office, I'm typically asking them the same type of questions the prosecutors and judges are looking at because I know ultimately, when I have to negotiate the case, I'm going to have to deal with issues like how high your blood alcohol level was – what type of driving you were engaging in – how your breath smelled – how you did on the field sobriety tests – how you interact with these police officers – and how much time passed between the pullover and your driving.

Sometimes the police come upon somebody, and that person hasn't been driving for a long time.  Sometimes the police can't even determine when you were driving.  That creates a massive problem in a DUI case because it puts them in a position to go against the defense's argument, which is if you don't know when the driving took place, how do you know what the blood alcohol level was at the time of driving?

In other words, if it was two hours that the police could pinpoint your driving and your blood alcohol level, for example, was a .10 at the time it was tested, how would they figure out what your blood alcohol level was for two hours? Earlier. Their expert will have to attempt to extrapolate backward and figure that out, and that's not an easy thing to do.  They will have to know how much you ate and what type of alcohol you were drinking when you had your last drink.  There's a list of things prosecutors will need to evaluate and prove when it comes to a DUI case.

If your blood alcohol level is high, you're going to need an attorney because that is indicative that you were very dangerous on the road and could have killed somebody. Suppose, on the other hand; your blood alcohol level was low and close to the legal limit. In that case, you want an attorney because you have a chance to either get your case dismissed or at least get it lowered to something less than a DUI — like a wet reckless; reckless driving, a speed contest, or some traffic-related offense.

So, if you have a DUI and you're worried about the blood alcohol level, you're concerned about what's going to happen, pick up the phone.  Make the call.  We're here to help.