What to Look Out for on Holidays for DUI Activity

The police will be out in force this holiday season — Christmas, New Year.  This is the time when they make most of their arrests.  Not just on the days of Christmas and New Year's, but also on New Year's Eve and all the weekends leading up to these holidays.

Even the weekdays, people are going to Christmas parties, coming home drunk, not realizing — the people who even haven't drunk much — realizing how alcohol can affect you.  They have a few drinks trying to drive home and end up either getting in an accident, swerving on the road, being pulled over by the California Highway Patrol, or another incredible thing that the police have out there, especially during the holidays is checkpoints.

So, you'll be driving along safely, no problem, and all of a sudden, you go right into a DUI checkpoint.  Police have the right to set those up.  They can start asking you questions about whether you've had anything to drink. 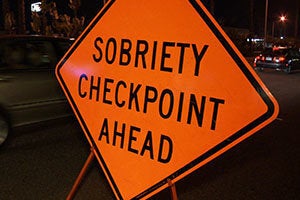 Also, where you've been, and those poor fools that say that they've had a couple of drinks, they're just coming from a bar or restaurant, they're going to be yanked out of the car and are going to be tested with field sobriety tests.

Ultimately, the police at the checkpoints will have everything they need to get the person right in jail quick — breath machine, the ability to take somebody's blood, and you're done.

The holiday season is ruined.  So, hopefully, you're getting this message before you pick up a DUI in Los Angeles county.

I know how to do a blood split and attack the blood.  Not all of those challenges are available to every client.  Some clients simply have been caught, and they need to do damage control, and that's where I come in, especially during the holidays.

There's going to be a lot of cases going to court, and the way they set it up is, they just set up issues, one right after the other, so all the points that are arrested on New Year's Eve, for example, are all going to be going to court about 30 days later.

The ones that get caught in Van Nuys or the San Fernando Valley jurisdictions will go to Van Nuys, Division 103 — that's a misdemeanor arraignment court.  If you were unlucky enough to get in an accident or hurt somebody, you'd go to Department 100 — that's the felony arraignment court.

Cases will also be handled in that courthouse on the westside in that court's jurisdiction.  Issues that arise in Malibu are split between the Airport Court and Van Nuys now that Malibu Court is closed down.  The list goes on and on and on.

Thousands of DUI's are arrested during the holiday season, and if you have been caught up in this big broad net, sometimes they make mistakes.  Sometimes they don't do things right.

Sometimes your blood alcohol level is not that high.  Get an attorney no matter what, even if it's not me, get somebody who knows what they're doing, having been down this road before, can do damage control for you and get you out of the criminal justice system as fast as possible and protect your rights, your freedom, your reputation, your driving record, and your criminal record.