What’s the Standard Resolution for a DUI?

Many people arrested for DUIs are worried about what will happen to them, so they start seeking answers on the internet.  The standard resolution in Los Angeles county across the 38 courts for anybody who is arrested for a DUI is three years of probation, a $395 fine, plus a penalty assessment which is about 200%, so that ends up being approximately $2,000, plus there are some court fees and fines.

Depending on what you did, what your criminal record looks like, how high your blood alcohol level is, and how reasonable your attorney is at defending, you will probably dictate which one of those alcohol programs you end up with. 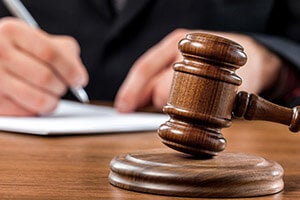 That's huge because the longer the program, the more money it costs, and the more time you have to waste not working and doing other things.

That's on the prosecutors love to give if they can.  But now, during the Corona Virus, this would be the worse time to go into jail, so you don't want that one.

There are other punishments like Caltrans — those people you see on the side of the Freeway in the orange jumpsuits working — those are very tough punishments, especially during the summer months because it's so hot.  Also, there's community service.

There's a PAS program.  Suppose they think you have real alcohol issues because your blood alcohol level is very high or multiple DUIs on your record. In that case, they're probably going to have you do the hospital and morgue program where you go to the morgue and see what happens to people who drink and drive and kill other people.

They also might have you put a scram bracelet on your ankle that registers alcohol, and you might be ordered not to be able to drink anymore if you have a genuine alcohol problem. You're a danger to the community.

In addition to what I've mentioned, other punishments can include live-in programs where you live in an alcohol facility, and they try to treat you if they think you're an alcoholic. You're a real danger to the community.  There are also outpatient programs where you're still able to work and see your family, but you go to an alcohol treatment center.

Penalties for a Felony DUI

If you end up with a felony DUI, some of the standard punishments for that are much harsher than a misdemeanor DUI.  On a felony, you're looking at a minimum of 90 days in county jail.  You could get as high as three years in prison.

If you seriously hurt somebody characterized as significant bodily injury, an additional three years of prison can be tacked on as an enhancement to your sentence.  So, those who drink and drive and hurt somebody severely can be looking at a minimum of 6 years in prison.

Of course, if you kill somebody, you could be looking at being charged and convicted of second-degree murder, where you would be looking at 15 to live. So, you start to feel that there is a standard DUI punishment in Los Angeles but depending on the facts and circumstances of your case, you might end up with a much harsher sentence than you usually would.

Of course, on the other end of it, if you have no record, you didn't do anything dangerous, and you blew a .08, you have an excellent chance to get what's called a speed contest in Los Angeles county where you don't end up with a DUI.  You end up with a misdemeanor charge that can later be expunged after the two- or three-year probation.

Not as many of the punishments — and probably most important — not as harsh on your criminal record and also not as harsh on your driving record.  The DMV won't take your license away for a significant period if you can beat them administratively in addition to not being convicted of a DUI in the criminal court, and your insurance won't be as bad if you end up with something like a speed contest versus a DUI.

So, there are all sorts of different options for punishment.  The bottom line is you have to get an attorney who has local experience and knows how to deal with the prosecutors and judges in Los Angeles county. I've been doing it for 26 years.  If you need help, you've come to the right place.  Pick up the phone.  Make the call.  We can talk and get the ball moving in the right direction.