How Will Your Record Be Affected If Arrested for DUI?

Police Can See DUI Record On a Traffic Stop

Learn How Your Record be Affected if You Were Arrested for a DUI Under California Vehicle Code 23152. When we talk about a record, at least when I talk about it, especially how it relates to a DUI, I'd be talking about two things.  One is your DMV record.

If you get arrested, the DMV will see that you've been charged.  They're going to have a hearing, and they're going to try to take your driver's license away for some time.

So, you want to hire an attorney to defend you when the DMV comes to take your license away.  If you get a sustained administrative ruling against your driver's license, then for a significant period, you're going to have that on your DMV record.

Most times, the DMV will be able to see it forever.  Your insurance will be affected, and there's a whole host of other factors that should be considered if you picked up a DUI in Los Angeles County and you're trying to protect your record. 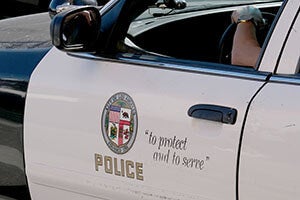 For example, suppose you do a live scan. In that case, they take your fingerprints, the Department of Justice will have that arrest on your record, and everybody that can do a background check on you is going to be able to see that you were arrested for a DUI.

As far as a conviction goes, that will be determined in the criminal court.

Many people don't realize that a DUI is a crime, whether a misdemeanor or a felony.  There is no such thing as an infraction DUI which is not a crime.

There will also be several other things you're going to be ordered to do.

Hopefully, they'll be no jail included in your sentence, and obviously, that's something you're going to have to talk to your attorney about and try to avoid at all costs.  I would assume most people don't want to go to jail.

Minimizing The Damage of a California DUI Arrest

So, the two big things you're looking at are your DMV record and your criminal record.  I've been doing this for 26 years.  I help people with DUIs.  I help minimize the damage and the effect that a DUI can have on someone's DMV and criminal record.

So, the first thing you want to do is pick up the phone.  As to speak with Ron Hedding.  Set up a meeting with me either on the phone or live, in person.

We can talk about everything.  We can figure out exactly what happened and see if any motions canmotions that can be filed to assist you.

Also, to start the process of doing damage control and getting you out of the criminal justice system as fast as possible.

You are working towards trying to get any DMV reference off of your criminal record so that you can protect your rights, your freedom, your future, your history, your job prospects, and all the things that are important to you.

I've handled thousands of DUIs in Los Angeles county since the early 1990s.  I know how to protect somebody's criminal record, and I know how to get you the best possible outcome. Hedding Law Firm is a top-rated criminal defense law firm located in Los Angeles County at 16000 Ventura Blvd #1208 Encino, CA 91436. .