Often, for whatever reason, people decide to refuse to take a blood or breath test when the police pull them over and want to arrest them for a DUI.

I'm not clear why people do this.  It's a wrong move.  If you've done this, you can rest assured the DMV will try to take your driver's license away for one year with no restrictions.

That's the worst penalty for refusing to take an alcohol test when police pull you over in Los Angeles county. There is a reason they do that and have such a harsh penalty.

When you get a driver's license, you consent to have the police take your blood or breath if they think you're driving under the influence of alcohol.

So, if you violate that agreement you signed when you get your driver's license, they will take it away from you for a year. 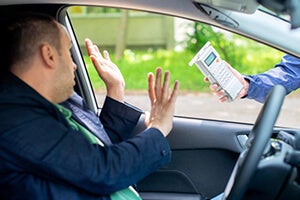 So, if you've got one of these DUIs in Los Angeles because you refused, you've got a tough battle.  You want to hire an attorney like me who's been doing this for 26 years.

I've handled hundreds of these cases and know what the police have to do to get a legitimate refusal DUI to get that year from the DMV taking your driver's license. There will be extra penalties when it comes to these refusal DUIs in LA county.

This is the time to get an attorney.  You've made one mistake by refusing to take the test.

Don't compound that mistake by not getting an attorney by your side who knows what they're doing.

Police Will Read An Admonishment

The police have to tell you and read you an admonishment that says basically:

Then they have to register and write down what you said in response to that, and they have to sign it under penalty of perjury. So, those are the rules.  If they don't do that, then they're not going to be able to get a DUI by way of a refusal.

They might not be able to get a DUI at all because if you refuse and they didn't take your blood or breath, how do they prove that you were under the influence.

Some people say that they're told that you should always refuse to take the test. Whoever is telling people that is wrong, you technically have the right to refuse to do the field sobriety test, and you can restrict their little hand-held device, but you can't refuse to give your blood or breath if they ask you to do that.

So, I think it must be time to let a professional take over and help you if you've been arrested for a DUI because of a refusal because of all of the dire ramifications that come along with that refusal.

Reviewing the Evidence in Your DUI Arrest

The first thing that I do is look to make sure, once I get the police report, that the police did everything the right way: 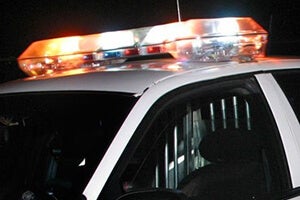 Sometimes the police are so lazy; they're trying to force a person to take a breath test when they want a blood test.

They don't want to drive to the hospital or a police station that can administer a blood test, so they can keep it and give it to an expert to analyze.

So, it's easier for them to do a breath test, so a lot of times, they're trying to force people to do that breath test..

If we can prove that, then that would be inappropriate, and we might have a chance to get your DUI case thrown out or at least the refusal aspect of it.

Reason Why The California Law Are Harsh on DUI Refusal

We're going to take your driver's license away for a year, and we're going to convict you of a DUI.  You can only get out of that to refute the assumption. This means you can show that you weren't DUI when the police contacted you.

That latter part is tricky because you're usually taken into custody at that time and locked in a jail cell for several hours. So, how are you going to be able to prove that you weren't under the influence?

I have had some clients, believe it or not, who have been able to get a test after the police let them go quickly. However, often the police do not let you do, and you can't get a test, and it's tough to dispute that assumption, so you end up with a DUI.

So, in the first place, it's always a bad idea to refuse to take a blood or breath test because the deck is stacked against you in these DUI cases in Los Angeles, California.

In the second place, if you have done that, don't make the mistake of going in there and handling it yourself.

Get an attorney who has experience with refusal DUI cases in LA county.  It's a huge county.  There are 38 courthouses.  I've been to every single one of them.

My name is Ron Hedding.  I'm the founding member of The Hedding Law Firm.  I stand at the ready to help you.

Pick up the phone.  Ask for a meeting with me, and I will do everything to protect your rights, reputation, and freedom.