Will the Los Angeles County District Attorney's New Policy Help Those Charged with a California DUI-Related Murder Cases? This is a big question because many people get charged with second-degree murder related to DUI accidents. They were involved in a DUI accident, and they couldn't figure out how they could be accused of murder when they didn't intentionally kill somebody.

But the way the law is set up in California, that's what is called a Watson murder.  That's a case where somebody was drinking and driving and killed another person.

The court decided that when you've been put on notice, usually in the Watson case, for example:

So, they came up with what they call “implied malice.” They say if: 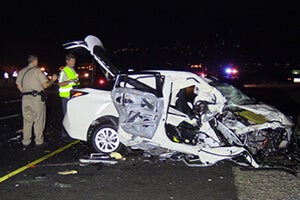 They imply malice of forethought, which is necessary for a murder charge.

Now, of course, the greedy District Attorney's office and judges have taken that information, and now they're charging people with murder cases left and right, even people who have no prior DUIs.

This is because they're arguing that everybody in society should know that it's dangerous to drink and drive, and if you drink and drive and you kill somebody, we're going to charge you with second-degree murder.

For many years, the LA District Attorney's office would only charge murder related to DUIs if the person had a prior DUI in addition to killing somebody.

Also, they could prove that they had been warned about the dangers of drinking alcohol or using drugs and driving.

But over the last few years, they've changed that policy.  Now, if you drink and drive or you use drugs and drive, and you kill somebody, they're going to charge you with second-degree murder, and then they'll figure out later that maybe a lesser charge is appropriate.

With the new DA in place, how will the Los Angeles County District Attorney's office handle that DUI murder situation?

Because his policy says that for all felony cases in LA, we will presume that it's probation, Deputy in charge of the case, if you want the person to go to prison because you think some terrible circumstances are surrounding the case, you now have to write a memo to our Bureau. They are the powers in the DA's office.

You will have to state why and they'll let you know whether or not you can try to get the person to prison. So, now you've got these cases where people are charged with second-degree murder related to DUI cases in LA, and they're asking if they can get probation. You've got that gap between a case where typically:

So, the issue becomes how they will handle scenarios like that.  Is that a scenario if someone dies and it's a murder charge where they're not going to go after that person, or are they going to tap into that area?

That remains to be seen.  That's not necessarily the platform that he ran on, but it does seem that sending people to prison for periods — either life — they've gotten rid of LWOP, which is life without the possibility of parole.

It's something that's on his radar – how all of this will shake itself out, we will see.

The bottom line is if you or a loved one is charged with a Watson DUI-related murder, pick up the phone.  Make the call.

Ask for a meeting with Ron Hedding. I'm prepared.  I'm here to help you.  I'm here to protect your rights, liberty, and reputation.