This is an exciting subject matter because many people have the perception that it's the same plea bargain in every case.  In other words, it's the same punishment that the prosecutors give in every single DUI case, which of course, could not be further from the truth.

There are so many different factors that go into what the prosecutors will offer to settle a particular case.

One huge factor is how high your blood alcohol level was at the time of driving because that gets to the crux of the issue they're looking to guard against, which is the public getting hurt.

When the courts evaluate somebody to determine whether they're guilty or not and discover whether they are dangerous, they're considering them from a perspective that everybody in society knows how risky drinking and driving is.

They're going to look at your actions of what you do on the case before you decide to start drinking.

In other words, unless somebody slips something in your drink, you knew that you were going to have to drive home before you started drinking, and you chose to do that.  You made a conscious decision to do that.

The totality of Circumstances in Plea Bargaining DUI Cases

So, that's what they do.  They look at the totality of the circumstances when they're deciding these plea bargain cases.  They're also looking at the impact and the damage that a particular person caused in the case. 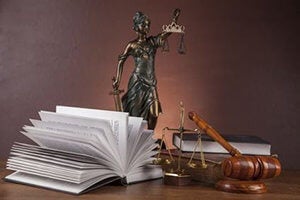 So, there's a whole gamut of DUIs.  There are cases where somebody forgets to turn their lights on so the police could pull them over because of that, and then their blood alcohol level is pretty close to the legal limit.

They weren't driving recklessly.  Nobody got hurt, and they even passed some field sobriety tests.

That's the low end of the spectrum, and those people will be in a good position to argue for something less than a DUI.  But, even that scenario is not just an everyday same thing every time.

Prior Criminal Record, Injuries, Level of Danger on the Road

When looking at these plea bargains, you're also looking at the person.  Do they have a criminal record?  Do they have any tickets on their roster?  They look at what you did.  Were there any injuries?  How fast were they going?  Did somebody get seriously hurt, or is it just a soft tissue injury?

So, there are so many factors and ingredients that go into a DUI case that you must get an attorney with a lot of experience because they will have seen the different scenarios and outcomes.

A lot of the courts that I go to I've been there a thousand times, and if I have a case where somebody blew a .08, for example, and they're only offering me a first-time DUI, I'm going to be looking at the prosecutor and saying, wait a minute.

Last week, I was just in here on a .08, and you gave me a speed contest.  Why is this client different? What is more egregious about this client that you're now only offering the standard first-time DUI?  What's the difference between a .08 and, say, a .13? Would you provide a first-time DUI to a .13?

So, there are techniques and strategies for plea bargaining cases.  You have to know who you're dealing with.

You have to know the jurisdiction, and you have to look at your client — what they did; how dangerous they are, and you also have to see the prosecutor you're dealing with.

Unfortunately, some of these prosecutors are tougher than others.  Sometimes you have to go to the judge and get the offer if the prosecutor is not reasonable. Let's review potential plea bargain options below.

So, with all of these factors at play, I would advise that you want to get a DUI attorney who is local to the court where your case is pending, had issues there, has been successful there, and with who you can have a conversation about your topic with to try to get a good feel for how they can help you.