When it comes to a DUI, several different concerns apply in most cases.  One of the biggest concerns is what will happen to your driver's license. Usually, this is controlled by the Department of Motor Vehicles.  In other words, they have command of the right, and the court knows what has to your record and what happens to you, punishment-wise.

There are occasions where prosecutors and judges will get involved with somebody's driver's license.  In other words, they might make it part of the terms and conditions of probation that a person gets their license suspended for some time, but I rarely see that.

Usually, they don't have the authority to do that.  They would be usurping the power of the DMV if they started messing around with people's licenses, and then there would be a lot of confusion related to that.

Usually, what you'll see in a DUI, the DMV will have what is called an Administrative Hearing where they're going to decide whether to suspend a driver's license and for how long. 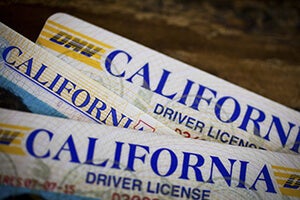 You'll be able to get a restricted license after thirty days of actual suspension, as long as you comply with several different things.  You need to coordinate with your DUI attorney in doing that.

On a second offense, the suspension is much longer.  You'll probably lose your license for a year, but you will be able to get a restricted license after some time, again after you jump through some hoops with the DMV.

You should coordinate this with the Department of Motor Vehicles and your attorney.

If you have a refusal DUI, you lose your license for one year with no restricted license.  These are the worst cases that I've seen and usually the worse punishment a person can receive in a DUI case because losing your request for a year in Los Angeles is a massive problem because of how difficult it is to get around and how things can be so far away.  Without a driver's license, it creates a significant burden on you, both financially and practically.

So, when it comes to licensing revocations, that's usually when someone is getting a third or fourth-time DUI.  The DMV sees it, and a lot of times, they'll revoke someone's license for two, three, or even four years, depending on what their criminal record looks like, depending on how many points they have on their history, and depending on what they end up pleading guilty or no contest to.

Another way in addition to an Administrative Hearing to lose your license or have your license suspended related to a DUI case is if you plead guilty in court.  I've had instances where we beat the DMV.  The DMV set the driver's license suspension, but then you run into a problem.

Pleading Guilty to Driving Under the Influence

Suppose you end up pleading guilty to a charge that affects your driver's license — for example, a DUI — that will automatically be transmitted to the court. Then you're usually going to end up with a driver's license suspension.  Not based on an Administrative Hearing by the DMV but based on a conviction in a criminal court.

This is a tricky area of the law.  This is something that you have to be proactive about.  Not just consulting with your DUI defense attorney, but also going to the DMV yourself and finding out precisely what you need — what documentation you need.

I've seen people not realize that the DMV suspended their driver's license, then they get pulled over by the police and arrested and end up in criminal court, and now they're trying to argue that they did not have notice that their license was suspended.