DUI with a Blood Alcohol Level of .15 or Greater

What Counts as Excessive Blood Alcohol?

These are some of the most serious California DUI's that are handled in Los Angeles county because the higher your blood alcohol level, the more dangerous you are perceived and probably are on the road.

Once you get over a .15, you're now better than double the legal limit. You put yourself in a category of DUI drivers that the prosecutors and judges are the most afraid of because the higher your blood alcohol level, the less safe you are on the road and the more likely you are to get in an accident and injure or kill somebody.

Prosecutors and judges are looking to punish those who have a high blood alcohol level severely.  So, you want to get a Los Angeles DUI attorney who has dealt with these types of cases before and who can end up getting the best result for your DUI case.

So, there's the argument, and the prosecutors realize that you might have been a .06.  Their expert will probably testify to that fact, and you could certainly get an expert on your side.

But, once you start to get into that high blood alcohol range, now you begin to get yourself in a position where you lose a lot of the potential defenses that you could have, and you're also facing much more severe penalties related to your DUI case.

So, if you have a DUI and your blood alcohol level is a .15 or greater, you want to get an attorney right away.  Just from the beginning at an arraignment in a case, in most of the courts in Los Angeles County, judges will make you do AA meetings while you remain on your recognizance if they don't put a bail on you. 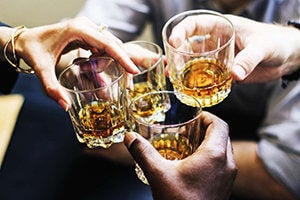 Sometimes, though you have a high blood alcohol level, there are no other harmful mitigating factors.  In other words, you might just get pulled over because you didn't signal when you turned, you were weaving, or maybe you committed some traffic violation, but beyond that, you were okay.

How Our Lawyers Can Help You

You weren't going 100 miles an hour.  You didn't get in an accident.  You were cooperative with the police.  In those DUI cases, we can often get good results even though you had a high blood alcohol level because all of the other factors don't point to the fact that you were an extreme danger out on the road.

So, this is where it's a significant advantage to have a seasoned defense attorney who has all of the information about you — the good, the bad, and the neutral — who can argue and fight for you with the prosecutor and the judge and point out all of the good things related to the case and connected to you, so that they can end up getting you the best result even though you had a high blood alcohol level.