What Happens in Hit and Run Cases that Caused a Death?

These cases are more and more prevalent, especially in busy areas where individuals are not seeing people on the road, are intoxicated, they're hitting them and killing them, and then they either leave the scene of the accident with their car, or if their vehicle is damaged too severely, they end up just leaving the car there.

If you've left the car there, the police will investigate it and attempt to find you if a death occurs.  Go to where your house is.  Figure out who the registered car owner is and go to that person's house, work, or whatever they can do. 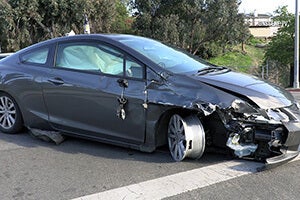 When it comes to these hit-and-run deaths, the police take these cases very seriously and act quickly versus property damage hit-and-run cases.  The police still investigate it; they move much slower, especially in busy areas, because they have too many matters to deal with.

Felony hit and runs are defined under California Vehicle Code 20001 VC, which makes it a serious crime to leave the scene of an accident when somebody was injured or killed.  It doesn't matter if you were not at fault for causing the accident.

You can face criminal charges under VC 20001, felony hit and run felony if another person caused the collision and you fled the scene.  Vehicle Code 20001 VC says, “Any driver of a vehicle involved in an accident resulting in injury or death to another person, other than themselves, shall immediately stop the vehicle at the scene of the accident...”

A related statute is California Vehicle Code 20002, which describes the misdemeanor crime of hit and run.

Some common examples of a VC 20001 felony hit and run involve a situation where you strike a pedestrian in a crosswalk and immediately flee the scene; another includes a DUI driver involved in a severe car accident and directly drives away. Our Los Angeles DUI defense lawyers will view this topic further below.

Can You Be Charged If the Accident Was Not Your Fault?

So, if you kill somebody on the road and leave the accident scene, you will be charged with felony hit and run. 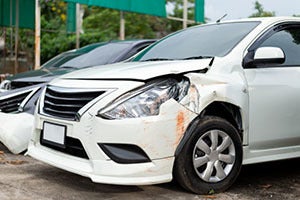 If you were intoxicated on alcohol or drugs or both at the time, the bottom line is it will be tricky for the police and prosecutors to prove that unless they catch you at or near the time of the collision.  So, what will happen to you will depend on many factors.

Number one, whose fault the death was.  I have cases where clients end up getting involved in an accident.  It's not their fault.  Somebody dies, and they leave the scene. Then they called me and asked, could I even be charged because it wasn't my fault?  Of course, the answer is yes.

Anytime you're in an accident, even if it's not your fault and you leave the scene and don't try to render aid to the person, don't exchange information, don't call the police, you will be charged with a felony hit and run.

What Are Some Other Possible Charges?

There are a host of other potential charges, once again, depending on the facts and circumstances of the case:

Still, you know that the police will be coming for you soon enough, and you want to deal with it instead of just burying your head in the sand, doing nothing, and hoping for the best when you know the worst is coming. 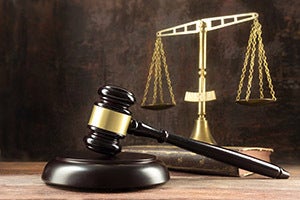 Pick up the phone.  Hire somebody like me who's been doing this now for 30 years.  I worked for the LA county district attorney's office early in my career as an assistant for a Los Angeles superior court judge.

Then in the early 1990s, I've been defending people just like you charged with hit-and-run cases where death results.  I know how to handle and defend these cases if you're innocent and guilty, and they'll be able to prove it.

These are all things we have to discuss in my office's privacy under the attorney-client privilege's cloak so we can figure out our best strategy.

That's step number one – sit down and figure out how the case will be handled when you're worried and scared and don't know what will happen.

Once you go through this type of analysis with somebody who knows what they're doing, you start taking control of your situation.  You'll feel better knowing which direction your case is heading.

So, if you or a loved one is charged with a felony hit and run or you were involved in a crash that resulted in a death, pick up the phone now.  Ask for a meeting with Ron Hedding.  I stand at the ready to help you. The Hedding Law Firm provides a free case consultation by phone or fill out the contact form.