How Are DUI Cases Being Handled During The COVID-19 Crisis?

DUI arrests have gone down due to COVID-19. There are a lot fewer people out on the street. I don't think law enforcement wants to deal with people right now because they are susceptible to getting the virus. Unless you're making it clear that you're driving under the influence by speeding fast, getting in an accident, or driving recklessly, I'm not seeing a lot of DUI arrests in Los Angeles County at this time.

But, if you're driving under the influence and end up getting arrested, and you don't bail out, you could stay in custody for a week. People in custody have gotten their stay extended from 48 hours to seven days. They have to get you into court, which is horrible if you can't bail out for a week. 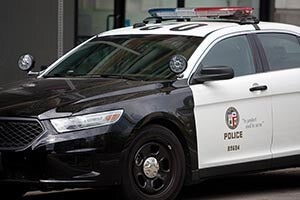 Usually, it would only have been a couple of days, and then your attorney would try to get you out. Most times, for DUI, they will give you a citation with a notice to appear in court, take your driver's license away, and give you a temporary driver's license.

In Los Angeles County, DUI cases remain the same. They're handling cases just as they usually would. All 38 courts currently have limited business, which means that most patients continue 60 to 90 days.

However, for arraignment on DUI, somebody still has to show up for you because it is a new arraignment. If they don't deal with that, it will be tough because they won't keep track of all their cases. But, most times in DUIs, I can appear on your behalf as a DUI defense attorney.

I'll usually go, get the paperwork, and typically be out of there pretty quick because the courts don't want to deal with anybody that might have the virus. We'll then send you the paperwork, you'll take a look at it, and we'll huddle up either over the phone or in person. We'll go over everything and get our game plan together to resolve your DUI.

How Is The DMV Portion Of A DUI Case Being Handled Now In LA County?

In Los Angeles County, the courts operate the same way. However, even though you are technically entitled to an in-person hearing with the DMV hearing officer, I believe those have all been suspended at this point.

The officers don't want to meet with anybody during the pandemic. But, if you received a temporary driver's license, that will continue to be good until you get your hearing at the DMV for your case.

Beyond that, the police will continue to do what they have always done. If they arrest you for a DUI, they will take your driver's license away and notify the DMV that you've been arrested for a DUI. Ultimately, the DMV will order all the paperwork and anything else related to the case to have that available for the hearing.

The administrative DMV hearing will remain the same. The only difference is that there probably will not be an in-person hearing at this time. These cases are getting pushed back as various hearing officers might not be available if they're with their families or sick. This circumstance causes a backup, so people may have more time to drive on their driver's license.

Should You Wait For The COVID Crisis To Subside Before Hiring A DUI Attorney?

If you've been arrested for DUI in Los Angeles County, you should hire an attorney right away. Hopefully, it's me. I have 26 years of experience and over 400 reviews on the Internet. I've handled thousands of DUIs over the years.

Even if it's not me, you should hire an attorney. You need an attorney who knows what they're doing, understands the DMV, and understands the court system. If you ignore everything and bury your head, the courts will issue a warrant for your arrest.

The DMV will take your driver's license. The courts and law enforcement will not stop dealing with criminal cases just because there is a virus. They may postpone some things, but you have to ensure that you're on top of everything.

Please don't put yourself in a position where there is a bench warrant issued for your arrest, where you lost your driver's license and can't get it back for an extended period. Let your attorney be the one that makes the decisions about when to go to court or how to deal with the DMV. Your attorney can protect your rights and interests related to your DUI arrest, driver's license, criminal record, liberty, and reputation. You've got a lot on the line.

Regardless of the virus, the court system is still open and dealing with people. Again, you want to make sure that your attorney is the one dealing with them and making the right moves on your behalf.