How Do DUI Checkpoints In Los Angeles County Work?

The police map out an area where they think many DUI drivers will be driving through at a checkpoint. They set up their machines to test drivers' breaths and assign people to take blood because drivers choose breath or blood testing.

They set up a perimeter and have law enforcement officers hiding when people come up to the checkpoint and try to get out by making an illegal U-turn; the police wait to pull them over. Just because you drive into a checkpoint and you've had some alcohol does not mean that you are guilty of DUI. The police must identify that you're actually under the influence of alcohol.

If they pulled every person out of their vehicle, it would block traffic for miles. First, they may ask if you have had anything to drink. If you answer yes, you will be shuttled into an area where they will get you out of the car to conduct a field sobriety test.

If you tell them that you haven't been drinking, you will probably get through the checkpoint unless there are obvious signs that you have been.

Police are usually choosing a checkpoint location by population density and proximity to places where people drink alcohol. Many checkpoints are set up at major intersections near restaurants that serve alcohol. Sometimes, they don't even have to set up a checkpoint to catch multiple drivers. Someone will get into an accident on the freeway, and then a group of other people will come up to the scene dangerously.

Police are strategic about checkpoints and choose intersections where the most traffic flow will go through. They've also got to be aware that people will try to avoid going through the checkpoint.

It will be necessary to set up perimeter officers to capture those trying to turn out of the checkpoint because those are usually driving under the influence. California Vehicle Code 23152 defines the crime of DUI.

Do I Have To Stop At A DUI Checkpoint?

DUI checkpoints are legal, and you have to be cooperative as you go through them. You don't have to answer the police officer's questions in the way they want them answered. I would never recommend that you admit to drinking and driving. 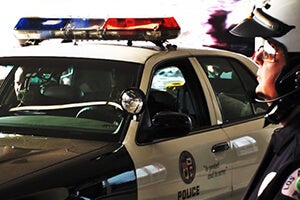 Then, you're sure to be ordered out of the car and tested. If you refuse to answer questions, you also have a high probability of being tested.

My suggestion is that you cooperate with the police without incriminating yourself. You don't have to tell them you've been drinking and driving, but you have to go through the line and cooperate.

When it comes to DUI checkpoints in Los Angeles County, the police can come up to your vehicle to ask you if you've been drinking and driving and other basic investigative questions. However, they cannot start ordering every person out of their car.

They're going to need probable cause to believe that the person was drinking and driving. If they ask you if you've had any alcohol that night and say yes, you've given them probable cause.

If you tell them you haven't had anything to drink and don't smell like alcohol, they will have to develop probable cause some other way. They do need probable cause, but DUI checkpoints are permissible, and they're allowed to ask investigative questions or smell the air surrounding someone's vehicle or breath.

A DUI checkpoint where every person is being ordered out of their car would be unreasonable. Anything they gathered from pulling you over and testing you would have to be thrown out because they didn't correctly operate the checkpoint.

How Does The Implied Consent Law Apply To DUI Checkpoints?

The implied consent law says that every person who signs up for a driver's license agrees to cooperate with the police if the police are investigating them as a potential DUI driver. You cannot refuse to give your blood or breath without consequences. If you refuse to take the blood or breath test, you're looking at being arrested on a refusal charge.

The attorney will only tell you to cooperate with them and not make any statements that acknowledge that you've been drinking alcohol, smoking marijuana, or using any other drug that could affect your ability to operate a motor vehicle safely.

Officers' most significant mistake at checkpoints is taking every person out of their vehicle. If that occurs, they're going to face an illegal DUI checkpoint. It is not reasonable to pull every person out; they will have to have some facts and details to show that you're intoxicated.

Another area where police get into trouble is if you're able to turn out of a DUI checkpoint lawfully before you enter it and drive away. They can't pull you over for no reason, or there would be an argument that it's an illegal pullover and, therefore, you should not be subject to being tested for a DUI.

Usually, law enforcement has set up the checkpoint so that you can't turn out of it legally. If you do turn out of it, you make an illegal move.

As long as you can make a lawful turn, you can drive away from the checkpoint. If they pull you over, you would argue that it was an illegal pullover, and everything that flows from that draw-over should not be able to be used against you, including blood or breath tests.

You have to have an attorney evaluate these issues. Your attorney will be looking at all the things that happened leading up to your arrest to make an informed decision about whether or not you have a good argument.