How Much Does a DUI Cost?

The price of a DUI can vary, and there are a lot of different factors going on.  The first question is, how much will you have to pay your DUI defense attorney.

That will dictate the fee that you're going to be charged.  Also, the courthouse where the case is pending.  Some courts are very easy to get to, but other courts are not as easy to get to and further away and more difficult to deal with.  So, those will be factors that any DUI defense attorney will take into account when they quote you a fee.

But you have to decide your budget and get a feel for what DUI defense attorneys are charging.  I would say probably on a first-time DUI, depending again on where the case is, you're looking at anywhere from $2,500.00 up to $5,000.00.

They charge a lot of money.  Those will be the attorneys in places like Beverly Hills or down on the west side. They think they can trust that amount of money and get away with it. 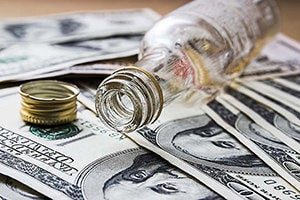 It depends on the case.  If it's a severe case — if you have a felony DUI, an attorney will charge a lot of money to represent people who have those because those cases are much more challenging to deal with.

Obviously, in criminal DUI defense, the higher the stakes, the more the attorneys will charge because the more skilled attorneys will be able to deal with cases where somebody is in big trouble and needs a lot of help.

So, attorneys will charge minimal fees to handle DUI cases.  Sometimes, the only problem with these attorneys is they can't get good results.

There are cases where the person has done such a bad thing, or the fact pattern is so bad that the particular person is looking at a significant amount of time in custody and various other serious charges. It will be much more challenging to get the result you want under those circumstances.

Some insurance carriers cater to people who get DUIs, so those will be more reasonable and easier to deal with.  So, they won't be quite as bad as some of the other big carriers that as soon as you get a DUI, double or triple your insurance rate even more.

There are some costs associated with a DUI in court.  It's usually a couple of thousand dollars.  You also have to pay for the DUI course and anything else that costs money related to the DUI case.

So, that's pretty much it as far as the costs typically go.  Your attorney, the court fees, and any fines levied against you.  That's how the courts make money on these DUI cases and any criminal case that goes through a court.

They are going to be charged money to go through the court, through fines, fees, and various other things, and they're demanding that money as a matter of punishment, but also as a way to make money in these criminal cases that they're charging people with.

So, if you have a DUI case and you're looking to figure out how much it will cost, I think your first step should be finding a competent attorney.

Also, that is local to the court where your case is pending, which can get good results, and you feel comfortable when you sit down with them and meet with them face to face and discuss your particular case.

So, if you're looking to hire an attorney, pick up the phone now. Make the call.  I can sit down and meet with you. I've got 25 years of experience, having handled thousands of DUI cases over the years, and come up with a fair cost/fair price to take your DUI case.