How People Assume They Can Win Their DUI Charges

When Should I Hire A DUI Defense Attorney?

It is widespread for people to think they have an excellent chance to win their case or get dismissed. They're basing this on the fact that they've got a clean criminal record, a good driving record, a good family, and a good job.

Of course, these factors don't have anything to do with how the prosecutors will deal with their case. Prosecutors will be looking at hard evidence, like your blood alcohol level and what type of driving you were involved in.

You can win a DUI case, but you have to show a problem with the evidence against you, or the police illegally stopped you.

Prosecutors prosecute for DUI every single day. Unless you're somehow out of the norm, they're going to charge you. You should assess whether you have a chance to win a case and what you're going to need to do is sit down with a qualified DUI attorney.

Often, when you have the first meeting with a DUI attorney, they don't have the police report, so they don't know what the police will say. They have to rely on you, and if you give them a warped picture of what happened, it doesn't help your case.

As soon as you're arrested and taken to the police station, it would help if you had an attorney because you won't say or do anything that will incriminate you.

However, that's not realistic. In reality, the best time to get the attorney is once you get out with all your paperwork. Set up a meeting with an attorney right away and give them all the relevant information. 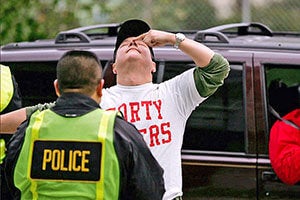 Then, they can help you and proceed from there. If it's a situation where it is a felony DUI, and you're a family member trying to help out one of your relatives, you should hire a lawyer right away and have the lawyer available to go to court the first time your loved one goes to court.

Things are going to happen very fast in a DUI case. The police are looking to get as much information as possible as quickly to put their police report together and move on to their next case.

Once they do that, you're going to be looking to hire a lawyer right away. Give that lawyer all information related to the case and be honest. Don't hold anything back, don't put a spin on things, and then let that lawyer go to work for you.

You can give a lawyer your expectations, but you should listen to the lawyer. If it's an honest lawyer, they're going to tell you what you're up against. They're going to give you an idea of your chances and how realistic the odds are that they're going to get this case dismissed.

If your blood alcohol level was double the legal limit and there was a lawful pullover, they're not going to dismiss the case.

There has to be some glaring problem for the prosecutor even to consider dismissing a DUI case in Los Angeles County.

When Do I Enter A Plea Of Guilty Or Not Guilty In My DUI Case?

Typically, in Los Angeles County, when the attorney appears in court for the first initial arraignment is when they are going to get all the paperwork related to your case.

Sometimes, we don't get all of it, and we have to file a motion or send a letter asking for certain things that haven't been handed over to us.

Some courts will let you continue the arraignment; other courts will require some plea in the first appearance.

Typically, you're going to enter a not guilty plea. Often, I will have my clients not show up to the initial court appearance because all we're doing is picking up the paperwork and having a brief conversation with the prosecutor.

I like the client to make their first court appearance, having had a good, solid discussion with me about all the information related to their DUI and having started to shape a game plan.

Then, we have the other side's version of events, and we can have a straightforward discussion about the case and make some decisions on whether we're going to try to negotiate by way of a plea bargain or take it to a jury trial.