What If I Live Out Of State And Arrested For DUI?

Can A Non-Resident Of California Fight A DUI License Suspension?

If someone lives out of state and is arrested for a DUI in California, their best bet would be to contact a local attorney. When I handle these cases, I typically want the client—even if they do not live in California—to make at least one court appearance with me in California to ensure that nothing goes wrong during the probationary period.

From there, I will coordinate the case and will usually have the client complete the required alcohol program in their home state. A non-resident of California is entitled to have a hearing on whether or not their license will be suspended due to a DUI.

The individual's DUI defense attorney will coordinate that hearing with the DMV, and they will have all of the rights of a California resident. However, suppose an individual does not plan on regularly driving in California. In that case, there won't necessarily be a need to fight anything because the state of California will not be able to revoke its home state driver's license.

An individual convicted of a first-time DUI will be required to complete a three, six, nine, or 18-month alcohol program and will have to pay a minimum fine of $390 plus a 200 percent penalty assessment and other fees. 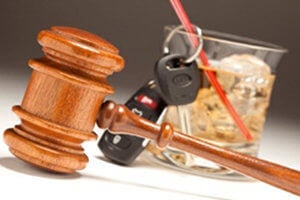 There will be the option of substituting a portion of the fine for five days of community service. An individual will also face three-year misdemeanor probation.

Depending on the circumstances of a particular case, a defendant could receive up to six months in jail on a first-time offense, as well as a range of other punishments.

If someone is determined to have a severe alcohol problem, they may be fitted with a SCRAM bracelet, which will prevent them from driving a vehicle if they have any alcohol in their system.

Each state handles DUI convictions differently, and California is probably one of the toughest states in the nation regarding the imposition of punishments and penalties.

Out of State DUI