Is There Mandatory Jail Time for 2nd, 3rd or 4th DUI?

They take the position that once you get a second, third or fourth time DUI, you are a danger to the public, and the most effective and severe punishment they have is jail time.

So, on a second time DUI, yes, there is a mandatory minimum of 96 hours in jail — that's minimum, not maximum, meaning the least amount of jail time you can get for a second time DUI is four days up to a year for that case.

A third-time DUI puts you in a position where you're looking at a mandatory minimum of 120 days in county jail up to a year.

If it's filed as a misdemeanor and nobody was hurt in the DUI and then of course, if you're on probation for your second tie DUI they can add another year on top of that.

So, for a third-time DUI, you're typically looking at two years maximum in county jail, or you could get a mandatory minimum of 120 days. Then if you've got a probation violation, you would have to face the judge for that as well.

On a fourth time DUI, that will trigger the case being filed as a felony, so you'd then be looking at up to three years in prison for your fourth time DUI and a felony conviction on your record. 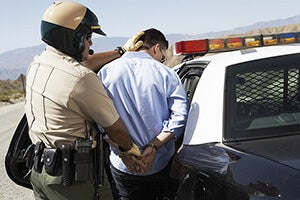 California is probably one of the toughest of the fifty states in the nation on DUI cases, and law enforcement is tasked with such a heavy population in Los Angeles for arresting and prosecuting people for DUI's.

There are thousands of DUI's prosecuted in California every year.  If there are one thousand crimes arrested in one month in LA county, nine hundred of those crimes are DUI-related offenses — to give you a perspective on how many people are drinking and driving.

So, you put yourself in a position where people who are not criminals are getting DUI cases.  They're just regular people who decide to drink alcohol, smoke marijuana, or even take prescription medication.

They get behind the wheel, and then law enforcement gets their hands on them, puts them through field sobriety tests, takes their blood, takes their breath, and ultimately ends up sending them into a complicated system.

As your advocate and defense attorney for your DUI case, I try to figure out where you fall in the big scheme of things.  Do you fall in the lower end? Can we get you a lesser charge or even a dismissal if they don't have a good case against you?  Or do you fall on the upper end because of what happened in your case — your dangerousness level?

Developing a Strategy To Fight Your DUI Charges

Were you going 100 miles an hour, or did you get in an accident?  Or do you fall somewhere in the middle of those two extremes?  Then we'd get a game plan together.

One of the primary things we're focusing on and trying to help you out with your DUI case if you've got a second, third, or fourth DUI is to figure out how we can show the prosecutors that they're not going to see you again and that we put a plan in place for you to have success.

If it's your fourth time DUI, you have a problem with alcohol, and we're trying to show them that you're going take hold of that problem, and they won't see you again.

Often, we'll get people into live-in residential treatment programs, or we will use other means at our disposal to show the prosecutors and judges that this is the end of the line for you. You will not get yourself in a position to pick up any more DUI's and endanger the public in any way.