When Will I Be Sentenced If I Take A DUI Plea Offer?

When you take a plea in a DUI case in one of the Los Angeles courthouses, they are typically going to set the sentencing date about 30 days away, but the reality is that it's up to your attorney.

You and your attorney should discuss when you will have to go back to court and what your duties and responsibilities will be in the meantime. You should also realize that they might do the sentencing right away when you take a plea.

You want to discuss this with your DUI attorney to prepare; you don't want to take a jail plea in a DUI case and then unexpectedly be taken into custody right afterward.

This could put you in a terrible position, especially if you have a job and other responsibilities. Before moving forward in the case, once you've been sentenced, you should make sure that you understand your obligations.

If you fail to meet them, you could be considered violating your probation. As a result, you could face jail time. If there is anything that you don't understand, you should ask your attorney to explain it to you.

Will I Get Community Service For A First-Time DUI?

Your attorney will negotiate the sentence for a first-time DUI. Community service is a typical alternative sentence. For example, if you would otherwise be serving ten days in jail, they might allow you to complete double the amount of community service. 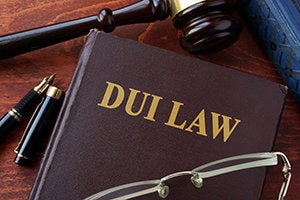 This alternative punishment appeals to many prosecutors simply because DUI convictions impact Los Angeles County. There are already many people going through the jail system.

If you have physical ailments that limit your ability to perform community service, this should be brought to the judge's attention as soon as possible.

If it isn't, the judge may order 30 days' worth of community service. Once you realize you cannot complete it, the judge may decide just to put you in jail, which could compromise your employment and family responsibilities.

If you have any issues regarding community service, you need to address them as soon as possible to get out of the criminal justice system as fast as possible.

Can I Get A DUI Expunged Or Removed From My Record?

You are not eligible to get your matter expunged in California until at least one year goes by, and you are certainly not qualified to get your expungement dealt with. The case is dismissed until you are off probation.

For example, if you have to serve three years' worth of probation and want to have the conviction deleted after one year, you would have to file a motion to terminate your probation early. If the judge granted that, you could be eligible to get your expungement.

However, the judges and prosecutors aren't likely to allow this and will instead enforce the entire length of probation. Once you have completed probation, your attorney will be able to file an expungement for you.

The expungement must be filled out correctly and filed in the correct location. Unfortunately, even if it is granted, there is no such thing as a true expungement for any crime in California.

In other words, expungement means that you can take back your guilty plea, enter a not guilty plea, and have your case dismissed, but anyone will still be able to see that you once had a DUI and that it was denied.