Video Evidence in a DUI Case

What Type of Video DUI Evidence is Available?

A crucial weapon now in many DUI defenses is video evidence because video evidence tells a lovely story about what happened.  So, many times, we're trying to get either the dashcam video from the police car.

Many CHP cars are equipped with dashcam videos to capture how the person was driving, whether they made any illegal turns.  This gives you some ammo to try to attack the stop, so they didn't stop them for any reason.  So, video is one good play.

As far as trying to observe things after the pullover on the dashcam video, for some reason, a lot of times, the police will take the person to a location on the freeway, or somewhere else on the street, so the dashcam video is not picking up what's going on, so it ends up becoming worthless after the stop.

Not always, but I've often obtained it in my client's case, trying to see what statement my client made, how they did on the field sobriety test — I can't see anything on that dashcam video. 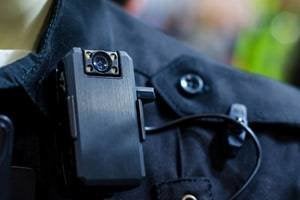 Another video that's become available in DUI cases and all criminal cases is the bodycam video if you have some law enforcement officers involved with arresting your client, taking their statement, doing the field sobriety tests.

Then all the observations related to the case and talking to your client, getting that bodycam video can be very beneficial.

Especially if the police say that one thing happened and your client, when you talk to them, swears up and down that, another thing happened.  So, getting that bodycam video can be crucial in defending the case.

Other times, citizens will take videos of certain things, especially if your client has some issues with the police.  If you could get your hands on that, that might be another way to attack the credibility of the police.

Also, they're not telling the whole truth about what's going on, and just because they say a sure thing happened doesn't necessarily mean that it happened the way the police are claiming.  So, video evidence is enormous in DUI cases and many criminal cases that I do.

Now, there's a flip side to that.  Sometimes, the video evidence can be detrimental to a client, whether it be from a car, a citizen, or the police's bodycam.

I had a client once who was drunk and talking crazy to the police, and the police turned on their bodycam right at that point, and that ended up being the worst evidence against the client.

It showed that they were drunk, belligerent, and any jury would say there's no way this guy should be out on the road.  So, sometimes the police will use that video to their advantage to document how drunk you were, how you acted, how you were walking, talking, whether or not you were staggering around, and how you performed on the field sobriety tests.

So, video evidence can be used both ways — to help the defense and hurt the security.  So, before we go out and see video evidence in a DUI case, we'd better know exactly what we're looking for and have a real strong certainty that once we get that video evidence, it will help us and not hurt us.

In some cases, the evidence may show that the officer did not have sufficient reasonable or probable cause to pull over the defendant's vehicle. Then, the defense files a motion to suppress under California Penal Code 1538.5.

Because usually, once I get the video evidence, the prosecutors will get a copy of it.  They're usually the ones getting it from the police, whether it be a bodycam or a dashcam, so they're going to make themselves a copy.

They're going to look at it to see whether or not they've got good evidence there to use against your client.  So you don't want to do something that hurts your client.  Obviously, as a defense attorney, you're trying to help your client in their defense in a DUI case.