What Factors Determine How a Prosecutor Deals With a DUI?

How Prosecutors Will Deal With a DUI in the Los Angeles Criminal Courts? There are 38 county courts in Los Angeles County, and not all of them handle DUIs, but most of them do — the supreme courts in the Valley — San Fernando, and Van Nuys; downtown is the Metro court.  The west side is the LAX or Airport court.

But other courthouses deal with these DUIs.  When you're talking about what factors they're going to use to decide how they will deal with a DUI, the number one factor is the person's blood-alcohol level.

In other words, somebody who blows a .08, which is technically a DUI in Los Angeles county, versus somebody who blows a .24, for example, will be treated much differently. The person who blew the .08 argues that they were under the legal limit and shouldn't be convicted of a DUI. They might be able to win in a jury trial depending on the facts and circumstances surrounding their case.

So, in that circumstance, you've got some action, especially if you have no prior criminal record, didn't get in an accident, and weren't driving around like a maniac.  So, we can often get lesser charges than a DUI under those circumstances.

Suppose, on the other hand, you blew a .24. In that case, you're triple the legal limit, you're going to be viewed as extremely dangerous by the judge and prosecutor, and you're going to have to battle to avoid going to jail for a significant period and to avoid some of the other punishments that come along with the most severe DUI offenders — even the first-time DUI offenders.

Another factor is your driving.  In other words, how dangerous were you?  Were you going 100 miles an hour?  Did you nearly kill somebody?  Did you get in an accident?  What happened related to your DUI and your driving. 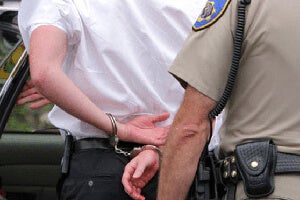 Suppose you want a lesser charge or a dismissal. In that case, you'll have to fight the claim and take it to trial, or let your attorney work out a deal and hopefully show some mitigating factors relating to you, your circumstances, and do damage control in that scenario.

So, the more dangerous you are on the road, the more likely the judge and prosecutor will treat you harshly, won't give you a break, and will make it very difficult related to your DUI matter.

Those are probably the two most important factors I know of in handling DUIs in Los Angeles County for the last 26 years.  There are other peripheral issues.  For example, when the police come upon you, you're not in your car.  You're not driving.

How can you be charged with a DUI if you weren't driving the car?  Well, to tackle that issue, the police are usually pretty smart.  They know the defense will make that argument, so they will ask the person who put this car here?  When were you last driving it?

If the person is stupid enough to answer that question and tell them that they drove the car ten minutes ago, that's it.  They've got what they need.  You're not going to be able to make the argument that you weren't driving the vehicle because you gave them the information.

If you're stopped on the side of the Freeway, you're the only one in your car; there's a bunch of traffic; how else would the car get there?  So, common sense plays into these things as well.

Defenses for Driving Under the Influence Charges

I could go on and on.  If you go on the internet, you can find all kinds of defenses.  But the reality is, the reason has to apply to your case.  If your case doesn't have any elements or aspects to defense, you can't just pull a defense out of thin air.

Many of these lawyers are trying to make that claim, but I can tell you that I know who all the good DUI lawyers are.  I know the lawyers who don't know what they're doing and are just doing DUIs because they figure they're easy, and then they run into a problem, and now I've got to be called to come in and clean up their mess.

You've come to the right place  . Pick up the phone.  Call me.  We'll make it easy for you.  Often, we can do a lot of this stuff over the phone, so you don't have to waste valuable time.  I've got over 400 reviews online. I've got over 300 videos.

I wrote a book related to DUI, so check those things out before you call, and we'll get the ball moving in the right direction, do damage control and get you out of the criminal justice system as fast as possible.