What Happens at a DMV Hearing for a DUI Case?

First off, the prosecutors at a DMV hearing are the hearing officers themselves.  So, non-lawyers are putting on the Department of Motor Vehicles evidence.  They have to put on the evidence, and then they rule on all admission of evidence, including their evidence.

So, they'll put on a police report, for example.  The defense attorney will object as hearsay since the police are not there to testify; they overrule the objection and put the police report into evidence anyways.

If it's a close call on a case or if they have some problems on a case just based on the face of the police report, then what they will do is send a subpoena to the police officer who made the arrest for the DUI and that person will testify live on the phone.

I've rarely seen them make a decision right after the hearing.  Usually, what they say is, thank you very much, counsel.  We will let you know our decision shortly, and usually, it's within a couple of days that the decision comes out.

If there are some real issues in the case and the hearing officer is confused and not sure how to rule, then they will send the case on to their mandatory actions unit, and then it can take up to thirty, forty-five, sixty days order for them to make a decision.  During that time frame, your client is undoubtedly still allowed to drive. 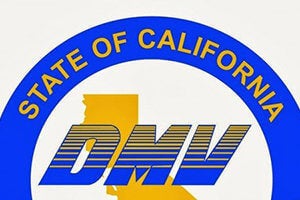 The client can drive as long as there is a stay in place until the DMV makes their final ruling regarding the suspension of the driver's license.  The three things that the DMV is looking at when deciding whether to suspend somebody's license do the police legally stop the person.

In other words, was there some traffic violation?  Is there some unlawful activity the police observed justifying a stop?  Or is it a DUI checkpoint, which is another way to stop people without probable cause?

If the stop is good, the next question will be, is the arrest lawful?  What makes a lawful arrest?  The police have to have probable cause to arrest the person.

Also, another way to get you without even getting that resolved is if you're foolish enough to refuse to take the test, then it's automatically presumed that you're DUI.  You will lose your driver's license for one year with no restriction, and it will make it a lot easier for the prosecutors to prove their case against you because there's a presumption that you were DUI.

The reason it's like that is that if they didn't do it that way, everybody would refuse to take the test, and then they would be in a position where they couldn't get anybody for a DUI.

So, based on that, they make sure that if you don't take the test, you're automatically a DUI unless you can rebut the presumption.  If you could prove somehow you weren't driving under the influence of alcohol, which is not an easy thing to do, you would be able to rebut the presumption and get out of your DUI case.

DMV Hearing Is In Person or Over The Phone

These DMV hearings are usually conducted either in person or over the phone.  Many lawyers I hear claim that they have a much better success rate if it's in person.  I'm afraid I have to disagree.  Either you have the evidence to beat the DMV, or you don't.

So, if you've got a DUI and need some help with the DUI in the criminal court and with the DMV, pick up the phone.  Make the call.  We've been doing this for twenty-five years and have handled thousands of DUI cases over the years, and we'd be happy to help you get the best resolution for your DUI case.