What Happens if you Violate your DUI Probation?

The bottom line is, if you do something that causes a probation violation in a DUI case, you're going to get punished by the judge who initially sentenced you in your case. That punishment will depend on what the violation relates to.  If you get a new DUI, that would be a severe violation of your probation, and you'd probably be looking at a jail sentence.

If, on the other hand, you just missed one of your classes or were kicked out of your alcohol program and need to re-enroll, that would still be serious but nowhere near as serious — and you could probably avoid jail time, especially if that were your first offense.

When it comes to DUI cases, there's what I would consider both internal and external probation violations.  What that means is, an internal violation has to do with either not doing something the court ordered you to do or messing something up within the terms and conditions of your probation that were imposed against you at the time of your sentencing. 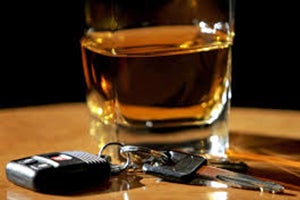 An external violation involves doing something outside of your probation and, for example, picking up a new criminal case.  All probation cases have a term and condition of probation that the person has to obey all laws.

So technically, picking up any new criminal case or violating any law would violate your probation, subject you to jail time and other punishments. Suppose you have a probation violation in a DUI case. In that case, you need to either use the attorney that initially represented you in your case or get another attorney to represent you and go in there.

Then, explain why you violated your DUI probation and try to get you another chance, try to avoid jail time, and avoid some severe penalty that will impact your ability to work or move or ability to drive.

What arguments can be made and then let your attorney go in there and talk to the judge and the prosecutor. Often, in these probation violations in DUI cases, what the prosecutor says carries a lot of weight with the judge.

So, if your attorney can convince the prosecutor — which I do all the time — not to argue for jail, there's a good chance you won't get jail on the case, even though it's ultimately up to the judge. If it's handled the right way, the prosecutor is not arguing for jail; you have a reasonable attorney, you have a good rationale and reason why you violated your probation, then you can end up with a successful result.

Also, you can get what's called a probation violation hearing where evidence can be put on, and you can try to defend your probation violation.  You would use your attorney to do that, and you would only do it if it would be in your best interest and if you had an excellent chance to either win or show the judge the mitigating circumstances to avoid a harsh penalty.