What Is The Interstate Driving License Compact?

The Interstate Driver License Compact involves states cooperating in exchanging information, such as when someone has a DUI. For example, someone who gets a DUI in California who has a New York license could let New York know that they have a DUI.

New York would have the ability to verify whether or not that person has any DUIs on their record and whether their license is suspended. I've seen situations where people get a DUI outside Los Angeles, California, move into Los Angeles, and try to obtain a permit in California.

Then, the DMV can see a DUI in another state because of the interstate compact. Often, California will allow them to get their license, but they will get punished as if they obtained that DUI in California.

They'll make them do a first offender three-month alcohol program and other things to get their driver's license in California. 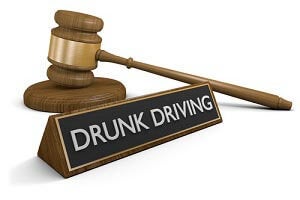 They don't want to mess around with another state's driver's license. So, many times, the DMV in California won't do anything about that type of DUI arrest.

But, if there is some interstate compact between your state and California, and you get a DUI in California, your state might find out about it and punish you.

All states are different. They have their own rules. However, suppose you get a DUI in California and have a driver's license from another state. In that case, you should have an attorney look into it or at least go to the DMV in your state to ensure that your driving privileges have not been impacted.

Do I Have To Be Present For My DUI Proceedings In California?

If you get a DUI in Los Angeles, California, but live in another state, we can still definitely help you out. We can make most, or even all of the court appearances, if necessary, on your behalf.

However, if your case goes to trial, especially if it's a felony, you're going to have to be there to have any chance of winning the test. If it's a misdemeanor DUI, we can make the appearances for you and retain us over the phone if you're back in your home state.

Could you give us all the information? We'll email you all of the paperwork related to the case. We can discuss how strong the evidence is against you and the best course of action.

Most of the time, you can do the DUI offender programs in your home state and then send us proof that you're doing it. That's something that can be done. I've done it for thousands of clients over the last 26 years of DUI practice in Los Angeles.

If I Get Sentenced To Community Service In California, Will I Have To Serve It Here?

Let your attorney know that you cannot do community service in California because you live in a different state. Your attorney will then discuss that with the judge and the prosecutor and come up with a solution so that you can handle your DUI conviction the right way.