Who Will Find Out If You’re Arrested for Drunk Driving?

Many people are worried about their reputation if they get arrested for a California Vehicle Code 23152 VC DUI and ultimately get a conviction. This is certainly a legitimate concern. I can tell you right now that if you get arrested, there's no reason your employer will find out right away. 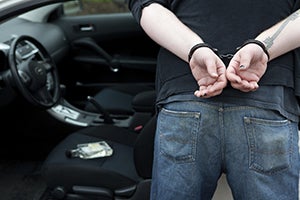 There's no mechanism for the police, the prosecutors, the court system, the judge, or anybody to tell your employer about your arrest. The next concern that people might have is that their friends and family will somehow find out about the DUI arrest and conviction.  I would also say that it is doubtful that those people will be able to find out about it.

Again, nothing's set in place that would cause anybody else to discover it. The way somebody could find out about a DUI arrest or a conviction is if they were somehow able to run your criminal record.

In other words, some people go and try to get a new job or coach their kids at school, and they have to get what's called a live scan.  If they're getting a live scan, whoever is doing it will be able to see that your fingerprints were taken and you were arrested for a DUI.

What Are the Primary California DUI Laws?

Prosecutors use some primary statutes in California to charge someone driving under the Influence.

Most DUI cases in California are prosecuted as a misdemeanor offense, but there are situations where the prosecutor could file the case as a felony offense, such as the following:

After being arrested for drunk driving, you must contact the DMV within ten days and request a DMV hearing. If you fail to do so, you will forfeit your right to a hearing, and your California driver's license will automatically go into suspension after 30 days.

If convicted of driving under the influence, the penalties will always depend on various factors, such as whether somebody was injured due to your intoxication and whether you have prior DUIs on your record. Some DUI convictions will carry jail time. To continue driving, you might be ordered by the court to install an ignition interlock device (IID).

Where are the Records of My DUI Case?

There's the Superior Court of Los Angeles, where you can pay money to find out information about people who have been charged and convicted of criminal offenses, including DUIs.  Of course, the DMV records will also show the DUI as well.

On the one hand, it's good that there's no mechanism for anybody to find out that you got arrested for a DUI.  On the other hand, as you move forward, you want to make sure that you do everything you can to protect your record, including hiring a great attorney.

That great attorney will be able to see if you have a defense to the DUI where you can win the case. If you don't have a defense and are guilty of driving under the influence and couldn't safely operate a motor vehicle and have a .08 or greater, that attorney can try to get you a lesser crime.

What Are the Lesser Crimes for DUI?

In California, there are several “lesser crimes” to DUIs, meaning offenses that carry lighter penalties, such as: 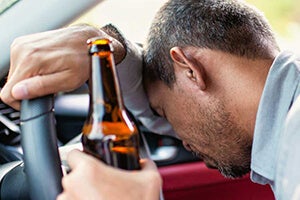 Those are not easy to get in any county, but if you have some problem with the case, let's say that you blew a .08 and your case is in LA county, we've had a lot of success getting lesser charges under those circumstances.

If you don' have any prior DUIs, you didn't get in an accident, and you weren't going 100 miles an hour.  So, it's on a case-by-case basis. That makes it even more imperative that you get an attorney familiar with handling DUIs, protecting your criminal record, driving record, and freedom.

What Are the DUI Defenses to Keep You Out of Custody?

If you were arrested for a DUI, challenging the case is usually better than just pleading guilty and potentially getting jail time. For instance, there is a range of reasons that can cause a DUI breathalyzer to show false high readings.

Also, DUI blood testing is known to have errors, and police officers don't always follow a standardized set of procedures in roadside DUI investigations after a traffic pullover. If jail time is a close call, then I've been able to get what's called a scram bracelet on someone, and they're ordered not to consume any alcohol while their DUI case is pending.

A scram bracelet will alert the monitoring authorities if it detects alcohol.  In other cases, we've had people on home arrest.  There's a whole host of other steps that can be taken to keep you out of custody.

You've come to the right place because I've been defending people for DUIs for 30 years.  I worked for the DA's office early in my career; then, I worked for a superior court judge, and in the early 1990s, I started defending and helping people just like you.

Pick up the phone.  Ask for a meeting with Ron Hedding.  I stand at the ready to help you.  The Hedding Law Firm is located in LA County, and we offer a free case review by phone or by filling out our contact form.