Alternative Sentences for a California DUI

Negotiating a Plea Bargain with Prosecutor

When it comes to driving under the influence in Los Angeles, California, there's a whole myriad of different sentences that judges can hand down.

That said, there are certain circumstances where a judge could say they disapprove of the deal.  Usually, it's against the defense when they dislike it, and they think the prosecutors are being too light on the particular defendant. They could indicate that they would accept the deal and then impose specific terms and conditions that they felt were applicable under the circumstances of the case. 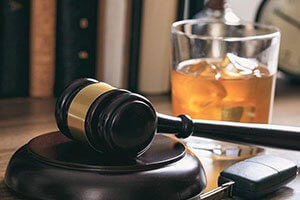 I've also seen circumstances where I've been trying to negotiate with the prosecutors. I felt the prosecutors weren't reasonable regarding sentencing in a DUI case, so I went to the judge and asked the judge if I pled open to you, meaning if we asserted guilty to the charges, what would the judge give my client.

This is what the prosecutors are offering.  This is what I think is a fair sentence in a case.  Can you give me what we refer to as an “indicated sentence?”  Meaning, if we were to plead guilty, what would you indicate you would provide the client, and many judges will do this.

Many weak judges will not do this, and they pretty much do what the prosecutors say.  Which, to me, doesn't make them much of a judge because they're not using their discretion.

They're not playing in a system that says that a judge has the discretion to look at things neutrally, but that is the reality in Los Angeles county and being a defense attorney, you have to know which judges might give you an indicated sentence and might undercut the prosecutors under the right circumstances and which judges simply will not do that.

As far as sentencing goes, typically, somebody who pleads guilty to a DUI will be put on probation for three years.  It will be summary probation if it's a misdemeanor, meaning you don't have to report to a probation officer.

So, that three years is the regular probation, but sometimes I've seen it extended to five years for a severe DUI matter.

Another thing that everyone convicted of a DUI has to do is an alcohol program.  There's a three-month program, a six-month, nine-month, eighteen-month, and a thirty-month program, and that's all negotiable and depends on your criminal record and how reasonable your defense attorney is in negotiating on your behalf.

The judge is the one who controls what that sentence ultimately is, and they listen to what the defense attorney and prosecutor say. They then will make their final decision on what the penalty will be in a probation violation case.

Other sentences could be imposed, like community service, Cal Trans, AA meetings, and a host of other things that could be set related to a DUI matter.  As far as other alternatives, there are such things as a diversion, but those are usually saved for fragile DUI cases in which prosecutors have some severe evidentiary proof.

So, if you're looking to find out what alternative sentence might be available to you in your DUI case, I suggest you pick up the phone; make the call.  Set up a face-to-face meeting with me.  I do this all the time, and I think we can do some things to help you.