What is the Best Defense Strategy for a Felony DUI Case?

These felony DUI cases are very problematic because they come with so many dire consequences, especially in Los Angeles county, which I would say is the capital of DUIs regarding punishment and dealing with them harshly.  You add in an injured person, making it more challenging to deal with and avoid horrible consequences. 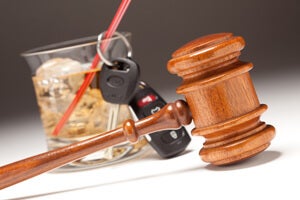 If someone is seriously injured in a DUI and you're charged with a felony DUI, there's a minimum sentence of 90 days in jail, and you could be facing three years in prison if you get maxed out by the judge.

In addition, sometimes people get hurt so badly in a felony DUI that, in addition to that charge, the prosecutors can also add an enhancement of great bodily injury.

If you cause great bodily injury to another person during a felony DUI, not only are you facing the three-year maxed sentence, but you're also facing an additional three years because of the bodily injury allegation, and you'd be facing a strike.

A DUI under California Vehicle Code 23152 VC is a misdemeanor offense. However, some cases may be filed as felony DUI.  If convicted, the legal penalties are severe and could impact your future opportunities for many years.

The punishments include the loss of your California driver's license, huge fines, and incarceration in state prison. There are two scenarios where you could be charged with a DUI as a felony:

Our Los Angeles DUI defense lawyers will examine this topic in more detail below.

Can You Challenge DUI with Injury Cases?

So, some of the ideas that I have, having handled these cases now for 30 years, first let's look at the Vehicle Code 23153(a) VC DUI causing injury because sometimes some of these injuries are inflated to the degree that they really shouldn't be being filed as a felony DUI; it should be a misdemeanor DUI. 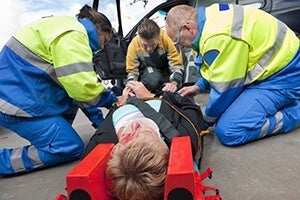 Vehicle Code 23153(b) VC is used to file charges for driving with a BAC of .08% or higher, causing injury. People are claiming injuries that do not rise to severe bodily injury, which is the language they use to determine whether or not somebody caused a felony DUI.

Sometimes it's tough to determine if you're a prosecutor, defense attorney, or judge. People often inflate their injuries because they've got an attorney when they were hit in a felony DUI.

The attorney is trying to get as much money as possible so that the attorney will tell their client to make it sound like the injury is horrific.

One idea is to try to use the insurance company, assuming you have insurance, to settle the personal injury claim before you deal with the criminal element of the case.

Sometimes that's difficult to do because some personal injury claims take forever to settle, and the criminal courts are incentivized to move their cases along as quickly as possible.

So, you want to get to an attorney like me if you're facing this type of scenario so we can figure out how to best help you, represent you, keep you out of jail and keep you out of prison.

Argument That You Did Not Cause the Victim's Injuries

So, these are some ideas and angles you must look at when discussing a felony DUI.  Another idea is to say that you didn't cause the person's injury.

The problem in these DUI cases is that if you're driving under the influence of something – alcohol, drugs, prescription medication – it doesn't really matter – and you can't safely operate a motor vehicle, you get in an accident, and somebody gets hurt. They're always going to charge you with a felony DUI.

However, that doesn't necessarily mean that it should be a felony DUI because if we can prove that the person caused their injury – maybe the accident was their fault.

Maybe the accident was somebody else's fault, then you're not going to be held responsible for the injury, and they can't charge you with a felony DUI if your conduct is not what caused the damage to the other party.

Our experienced DUI defense lawyers will continuously pursue the most favorable outcome of your case. Perhaps we can get your felony charge reduced to a misdemeanor. There is a wide range of possible defenses we can use on your behalf, such as:

We can work with our in-house private investigator to document an accident scene with charts and photographs and hire an accident reconstruction expert to establish fault to demonstrate the other driver could have been responsible for the accident.

So, these are some ideas.  I've done this for a long time.  I worked for the DA's office early in my career.

I worked for a superior court judge, and in the early 1990s, I started defending people like you.  I've handled hundreds of these cases all over LA County and surrounding counties.

If you need the best, and I think you probably do, pick up the phone now and ask for a meeting with Ron Hedding. The Hedding Law Firm is located in Los Angeles, CA, and we offer a free case review via phone or the contact form.