What Is Your Best Strategy If You Have a Warrant for DUI?

I can't tell you how many people call me because they have a warrant for a California DUI, and that warrant has been in the system for months and even years.

I asked them why they didn't take care of this earlier, and there were various reasons.  Sometimes people procrastinate.  Sometimes they're afraid they're going to go to jail.  It's just the circumstances in their life where they're not prepared to take care of the warrant and deal with the consequences. 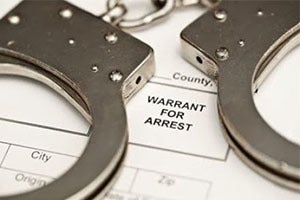 The more serious offense of DUI causing injury is covered under California Vehicle Code 23153 VC. It's described as driving under the influence of alcohol or drugs and causing physical harm to somebody.

Most drunk driving cases in California are prosecuted as a misdemeanor. Still, they could be filed as a felony DUI if you have DUIs on your record and if someone was injured in a traffic accident due to your intoxication.

After someone is arrested for driving under the influence and released, some will never appear in court. Others are convicted but don't follow the terms and conditions of their probation. A bench warrant for their arrest is issued when either of these occurs.

This means many people driving around Los Angeles have bench warrants for their arrest related to DUI cases. Taking care of your DUI matter will bring you a great sense of relief and allow you to enjoy life without looking over your shoulder for the police. Clearing your DUI warrant may not be impossible as it might seem. Our Los Angeles DUI lawyers will review this topic in more detail below.

A Realistic Approach to Dealing with a DUI Warrant

I get people who plead guilty and have to do a particular sentence.  Then they ask me, can you get rid of that sentence?  I look at them and say, wait a minute.

You want me to go in and tell the prosecutors that even though you agreed to a particular sentence, you don't want that anymore, and somehow you're going to take advantage of the fact that you have a bench warrant, and now you're coming in to deal with it.

You have to look at these things realistically.  If you have a bench warrant for a DUI, you should take care of it as soon as possible because the more time passes, the more likely you are to get a severe punishment from the judge.

What Are the Related Laws?

What is the Process of Taking Care of a DUI Warrant?

The bottom line is, if you've got a warrant for a DUI, pick up the phone.  Make the call.  My name is Ron Hedding.  I've been doing this for nearly 30 years.  I've handled thousands of cases just like yours. 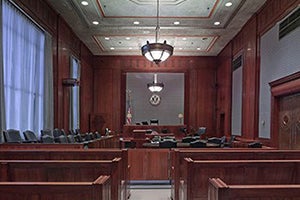 We show up in court to deal with the warrant and have the case pulled by the clerk.  The warrant is automatically taken out of the system once you do that and appear in front of the judge.  The next step is dealing with the case.  Often, before that case is called, I will speak to the prosecutors about it and, hopefully, work out a resolution for you.

If we're trying to avoid jail time, then obviously, that's one of the big things I will be talking to the prosecutor about – if you've got a job, a family, and many good things going for you.  You've come in; you're taking care of the warrant.

We need to explain to the judge and prosecutor why you have a bench warrant and why whatever amount of time has passed.  Once we can get around that hurdle, we can then start talking about the case and get it resolved so you can do what you need to do and move on with your life.

You shouldn't have to live with this hanging over your head and fear that you might be arrested and just having something in your life that's a blemish and, a lot of times, it prevents you from doing this.

A lot of times, people get a warrant and block it out of their mind, and they go to get a new job, and the new job runs their criminal record, and they can see that there's a bench warrant out for their arrest, so the person calls me and wants to take care of it.

If you have a bench warrant, what we have you do is come in.  We talk about the case.  You can call over the phone.  However, you want to handle it.  Give me all of the details. Once I'm retained on the case, I can often pull a minute order, which is the whole record of your case, so I can see exactly what happened from the start to the end when the bench warrant was issued. 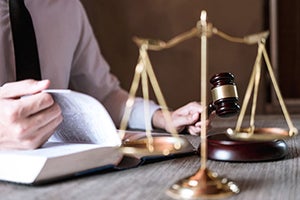 Now, I have an idea of what needs to be done to take care of the bench warrant, what you might be facing as far as punishment, and kind of set up a plan on your behalf so that we can get you in a position where we can appear in court.

Here, we can get the bench warrant out of the system and set things up so you can realistically and feasibly take care of it. Once we do that, you're on the road to leading a successful life.  You don't have to worry about the warrant anymore.

So, pick up the phone now.  I've been a criminal defense attorney now for nearly 30 years.  I worked for the prosecutors early in my career.  I worked for a judge, so I have a really good idea of how these cases are taken care of and what it takes to get you the best result.

Pick up the phone now.  Ask for a meeting with Ron Hedding. The Hedding Law Firm is based in Los Angeles County, and we serve people across Southern California. Our firm offers a free case review by phone at (213) 542-0963, or you can fill out our contact form.