Why You Need a DUI Lawyer Instead of a Public Defender

In my opinion, if you have a DUI case and you're trying to decide how you're going to handle it, you're best served with a private DUI defense attorney because you're going to be able to meet with that attorney before the case even going to court.

Whereas the public defender's office typically does not meet with anybody until the case is actually in court.  But, you want to go into that courtroom prepared.  You want your attorney to be prepared.  You want to give your attorney all of the mitigating information related to the case and you as a person before they appear in the courthouse, which is difficult, if not impossible, with the public defender.

Also, hire your attorney. They're going to be able to target your needs related to your DUI case much more precisely than a public defender who is not getting paid any extra money to deal with you or your case. They have limited time to deal with many cases and sometimes little patience to talk to a defendant, listen to what they have to say about their subject, and try to key in on and figure out what they can do to help you.

Whereas a private defense attorney you've paid is going to benefit from having met with you before the case is filed. They'll get you a copy of the paperwork related to the point, including the arrest report and all of the information available.

They will review it, and then you'll be able to meet with them once you have that piece of the puzzle, the state's case against you, and a lot of times, public defenders do not have the time nor the desire to go through this step-by-step process so that they can be fully prepared, you could be fully prepared, and you could get the best result in the case.

That's what you're paying your private defense attorney for, is getting the best result in the case and taking the time to go through everything, discuss it with you and then decide how you're going to proceed.

Negotiating For Lesser Charge or Dismissal 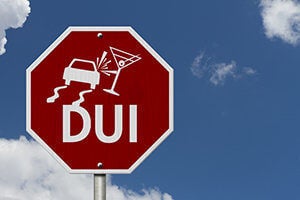 Maybe the punishment that the prosecutors are seeking should not be as harsh.  It's up to your defense attorney to talk to you about it.  You two set the strategy based on realistically what you're up against and what evidence the prosecutors have against you, and what you can bring to bear on the case.

But, in my opinion, it's always best to have your attorney who you've paid and who you've got in their ear and told them what you want in a case and justified them for it, and now they need to take the time and put in the effort to try to get that result for you.

If they can't get the exact result you want, at least they're going to be able to explain to you what they tried to do, why they were unsuccessful, and what the result is going to be, and you will feel confident that you did everything within your power to get the best result.

Sometimes I have heard complaints that some public defenders don't take the time to go over everything with the client and are not as prepared as private attorneys who are getting paid.  This is not to attack the abilities of the public defenders.

I've met many very savvy public defenders, have experience in the court, and know what they're doing. Still, I think that you're best served if you've got somebody who you've paid, who you've given the inside information about you, and who is specifically tasked to work in your best interests.