Loss of Your California Driver's License in a DUI Case

One of the biggest concerns people should have if they're arrested for a DUI and potentially going to jail is the loss of their driver’s license.

We all need our driver's licenses, especially in California and in Los Angeles, where it's very crowded, and you have to move around. 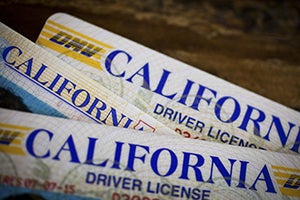 We talked a little bit about the loss of the driver's license.  One good thing is that the DMV recently, as I make this post in 2023, has been attacked for their kangaroo court-like policies when they do their hearings.

So, as a defense bar, we did some damage to them, and we can really do some things and work some magic as far as your driver's license goes.

Losing your driver's license after a DUI conviction means you must retain an experienced DUI lawyer to avoid a conviction.

Specific rules depend on which number of DUI it is – whether it's your first, second, third, or fourth. Still, we can often get you a restricted license under the proper circumstances so you'll be able to drive to and from work.

The worse thing you could do in a DUI is to refuse to take the test because if you do that, you'll lose your driver's license for a year, and you can't get it back, and they don't give restricted driver's licenses for that.

But beyond that, there are things that a good DUI defense attorney can do to help you. Let's review this topic further below.

If you don't plead guilty to the charges during your arraignment, the initial challenge to keeping your driver's license after being arrested for a DUI is from the California DMV.

They will examine your charges 30 days after the date of arrest. Without intervention, you can expect that DMV will suspend your license.

For a first DUI offense, this administrative suspension will last four months. This will run concurrently with any driver's license suspension you get due to a DUI conviction.

You'll be able to challenge this automatic suspension, but you'll need to do so quickly. You have ten days from the date of arrest to request a hearing to present a defense against this process. The hearing will be scheduled within about 30 days of your arrest.

If you do not contest it, your driver's license will be suspended even if you are later found not guilty in criminal proceedings.

When the hearing date arrives, you can have your attorney present, who will review all the evidence with the hearing officer. Of note, however, this is nothing more than a kangaroo court.

License Suspension After a DUI Conviction

For the first offense, you're usually going to lose it for a whole 30 days. Then after that, you can get it back on a restricted base for five months if you install an ignition interlock device in your car, pay a fee, and agree to drive on a restricted base. 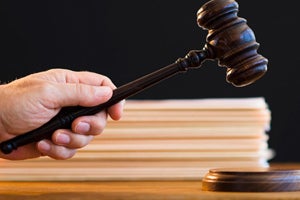 Even this now has been eroded, and there are things that we can do to help you get that license back as fast as humanly possible.

Once you get in your third and fourth DUI, you become a danger to the road.  Suppose the court or the DMV declares you a habitual traffic offender.

In that case, you can have your license revoked where you can't get it back for two, three, or four years, and if you were involved in an assault with a deadly weapon in a vehicle related to a DUI, you could lose your driver's license for life.

Your license will be suspended progressively longer for each DUI on your driving record. For California DUI penalties, all the DUIs must occur within ten years of your first DUI arrest date.

The length of time you will have your license suspended will vary, as noted above, but will generally fall within the following:

Of note is that a fourth or greater offense could result in the court permanently revoking your license. Other factors that could increase your driver's license suspension include the following:

Fighting Your DUI Before You Lose Your Driver's License

So, this is really serious business here.  What you want to do is get the best attorney possible. So, I have you come in, we meet, and we talk about everything and your driver's license concerns. 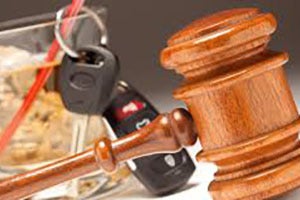 We discuss the facts and details of your DUI case, then develop a specific plan just for you.  Don't listen to people that answer the phone that don't have experience with DUIs.

When you call my office, you will be talking with somebody – whether it's me or one of my staff that's dealt with DUIs for over 20 years.  So, you're going to talk to somebody that knows what they're talking about versus some of these other people, even attorneys, that cite information that has nothing to do with your case.

People come in and say, I talked to this attorney, and they told me this.  I say, wait a minute, that doesn't have anything to do with your case.

A lot of this is common sense. But you've come to the right place if you need the best. So pick up the phone now.  Ask for a meeting with Ron Hedding.  I stand at the ready to help you. The Hedding Law Firm is located in Los Angeles, CA.